What Are Moles And Why Have Them Removed?

Chances are you have moles on your skin, as most people do. Usually, these dark or pink marks are no problem. However, you may not like the way they look and want them removed. Or, the moles could cause health problems after a time. Keep reading to learn more about different types of moles and reasons to have a dermatologist remove them.

Moles are small, round patches of skin that are significantly darker than the surrounding skin. Most moles are dark brown or black, but some can be pink. They can occur anywhere on the body and often begin forming in childhood.

Moles are similar to freckles but differ in a couple of ways. Freckles are usually flatter and lighter in color. They often appear on fair-skin people after sun exposure.

Another common skin issue similar to moles is skin tags. Like moles, they are often small raised bumps. However, they differ from moles in that skin tags are the same color as the surrounding skin.

Why Do Moles Form?

Your skin contains melanocytes, which is what gives your skin its color. Melanocytes usually exist in equal amounts throughout your skin. Moles occur when a cluster of melanocytes forms in one location. Often, genetics play a role in how many moles you develop. Sun exposure may also affect the number of moles that form.

When Should One Be Concerned About Moles?

Generally, most people become concerned about moles for two reasons. The first reason is often their appearance. Many moles form in strange or inconvenient places, such as in a noticeable area on the face. Some moles are large and contain hairs.

The second reason people want to remove moles is that they can cause health problems. Some raised moles may become cut or nicked while shaving, for example, and cause pain or infection. Moles can develop into a more serious problem known as melanoma, which is a type of skin cancer.

How Does a Dermatologist Remove a Mole?

Dermatologists have several methods of mole removal at their disposal. Most procedures are simple, and the dermatologist can do them right in their office with local anesthesia. Non-cancerous moles can be cut or scraped off with a scalpel. Freezing and laser removal are also other options. In some cases, you may need a couple of stitches. If you have a cancerous mole, you may need more extensive treatments.

Everybody's moles are different. Therefore, the choice to remove them is an individual one. If you have concerns about your moles, a dermatology clinic can assist you. The dermatologists there can advise you on your moles and help with removal. Give them a call for more information. 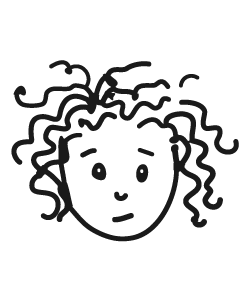 Have you ever thought about how much damage you do to your skin on a daily basis? Although it might not seem like it, sun damage, beauty products, and bacteria can wreak havoc on your skin, which is why dermatologists are so helpful. I started focusing on going to the dermatologists regularly a few years ago, and it was really remarkable to see the difference that a little medical intervention made. Now I can honestly say that my skin is free of blackheads and absolutely clear, and it is really great to have the confidence my beautiful skin gives me. Read this blog for more information.

It's All About Their Skin: How To Tell When Your Child Needs A Mole Check - 16 August 2021